The Psychology of Colors in Design - mameara 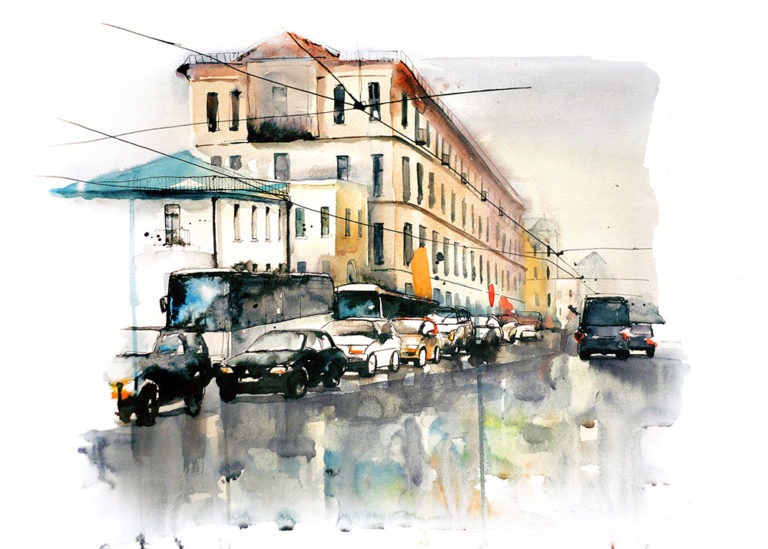 Having a recognizable logo is a vital part of developing a successful brand. More than anything else logos bring recognition to a company, giving customers an easily identifiable symbol to focus on and associate with. Logos should, eventually, become synonymous with the brand itself. That way, when a customer views a logo, they won’t see simply an image but rather instead be viewing a whole brand and company. The whole idea of a logo is to create an anchor point for customers to fix with a company’s services and brand.

Designing a logo can be a complex and complicated task, however, with many different layers and nuances. A great example of this is the psychological factors in logos. One of the best known and well-documented ways logos employ psychological effects is their use of color. Psychology has long been a strong tool in designers’ toolboxes. Colors have a strong emotional and instinctual impact on humans and are heavily used throughout logos and designs everywhere.

Red is a bold warm color, often used to symbolize action, adventure, energy, danger, passion, love, and strength. It is commonly used to grab attention and has been found to have a physical effect. It can increase blood pressure and hunger.

Green is considered a cool color and has a calming and refreshing effect. It is most often used to represent nature, environment, health, youth, healing, money, and renewal. Green is often used in food and health products since the underlying emotions have a strong correlation to these products.

Blue is considered the opposite of red, in that it is the most calming color. It is a cool color and inspires confidence, authority, dignity, power, success, reliability, and faithfulness. It is often used by the government, large corporations, medical companies, and in general anyone who needs the trust of the public at large.

Orange is a slightly less active color than red, but still carries a lot of the same weight. It is playful, enthusiastic, fun, joyful, energetic, and attention-grabbing. It is often used when marketing to young children.

Purple is famously linked to royalty. For this reason, it implies ceremony, expense, mystery, spirituality, sophistication, and luxury. Because of these qualities purple is often used in logos for premium high-end companies offering luxury services.

White is the universal color of peace and purity. It is used to denote cleanliness, innocence, simplicity, and refinement. It also accents other colors exceedingly well, making it used widely by logos of all types.

Black is a bold color used to express authority, power, formality, and traditionalism. It is widely used throughout the corporate culture.

Brown is another calming color. It represents simplicity, nature, earth, and utility. It is used by companies attempting to appear conservative, straightforward, and honest.

These colors can be used in many different schemes and contrasts. Combining them can have additive effects depending upon their psychological bases. For example, orange and white can be used to give the instinctual feeling of youthfulness, innocence, playfulness, and fun. Red and yellow can be attention-grabbing, fun, exciting, and hunger inciting. Green and white can be used to demonstrate a naturalistic, innocent, peaceful, and youthful company. And these are just a few examples.

At the end of the day, it is important to understand the effects particular colors can have in designs. It not only lets designers work more effectively, but lets the audience better appreciate how a company is trying to portray itself.

Hello, my name is Mahmoud Ameara the owner and founder of mameara.com it is a blog that I share web and graphic design, resources tutorials, and freebies.